Four Wishes: A Superyacht To Desire 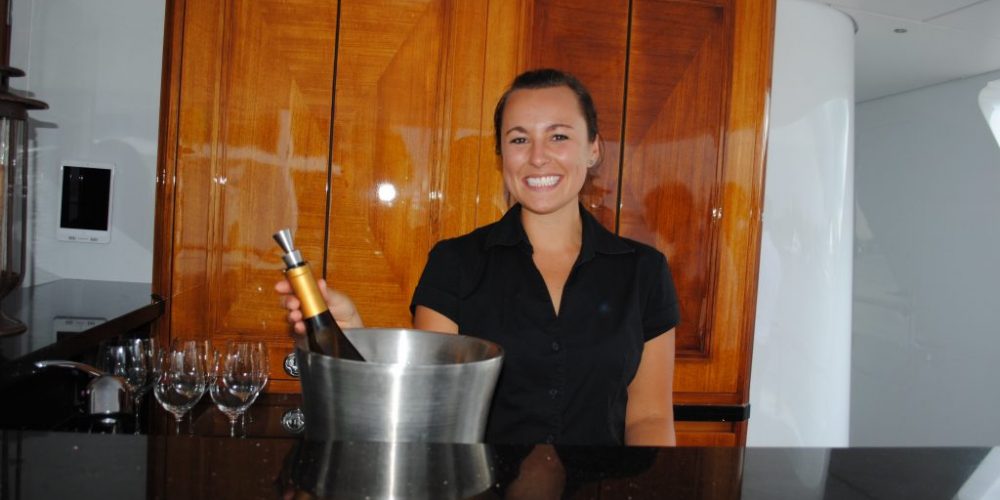 Four Wishes, the elegant 144-foot Palmer Johnson, is poised to embark on a fantastic voyage. The luxury superyacht heads to Cuba in November, and will explore the Caribbean, Cartegena, the Canal and the California coast. Maybe even the Inside Passage. Charter clients are welcome aboard during any segment of the voyage. Affable, expert Captain Jeff Palmer likes to make everyone’s wishes come true. He told us, with a good-natured smile, that “just because we’re going through the canal with the Owner doesn’t mean we can’t turn right around and go through it again with charter guests. Doc and I did the canal twice in a month back in 2001.”

In preparation for a remarkable season, Four Wishes has gotten lots of upgrades. The media library has 1200 new movies, some still in theaters, and a Sonos audio system pipes music throughout the yacht. The bridge aft deck has been outfitted with a new teak dining table to seat an entire charter party of ten. The new tender and Waverunner are easily launched via the new davit. Air is crisp and cool thanks to the new AC system with new air handlers throughout. Thankfully the new owner doesn’t hesitate when it comes to spending on maintenance and upgrades. Thus, this award-winning charter yacht and crew will easily retain their status as one of the most popular options in the 140-foot range.

Captain Jeff is charming, articulate and accomplished, with an easy-going manner. He inspires confidence. He spoke with exuberance about Four Wishes’ upcoming itinerary. In November they cruise to Cuba to explore and hang out for a week, then to the USVI, BVI, then a three-week Christmas charter in St. Martin, St. Barths, Anguilla, and Antigua. From there they will head through St. Vincent and the Grenadines, then down to Trinidad and Tobago. Aruba is scheduled as Four Wishes’ final Caribbean island stop before charting a course for South America. From Cartegena, Four Wishes will cruise to San Blas, Panama, and then pass through the Panama Canal. Heading up the Pacific Coast, the one mandatory stop will be Bandon, Oregon. After that, the course is yet to be charted, but possibly extends as far north as Alaska.

“The Pacific Northwest is like my house, I know everybody there. It’s gonna be a cool trip and I’m stoked”, said Captain Jeff. “We’ll be stopping in my hometown, Bandon, Oregon, where we have a house. My family’s been there since the 1930s. It’s a little, tiny, fishing town, just 3,000 people, and logistically it’s not easy to get into. Bandon Dunes/Pacific Dunes, is one of the top golf courses in the nation. The Boss will fly in with his friends to play golf and stay for a week. So, a huge boat, a tiny town, and celebrity golfers. It’s going to be a big ordeal for my hometown. People will come in from all over, Eugene, Portland, Seattle. It’ll shut the town down.

Growing up on the Oregon coast, I’ve done Alaska many times. I love to take people up there who’ve never been there before. Several years ago I captained a large private yacht for an Owner who loved Alaska. We spent seven Alaska summers aboard. We slayed the fish. Plus First Mate Aaron, and Trevor my boson, know Alaska really well. They know how to bottom fish, shrimp and crab, where to go hunt, they’re very knowledgeable.”

Four Wishes welcomes guests to come aboard for a charter vacation during any part of their transoceanic journey. The versatile yacht accommodates 10 guests in 5 staterooms, but a unique office/cabin, and a quad bunk cabin, can be converted to delightful quarters for children in family charter groups of 12.

Contact Select Yachts for Four Wishes detailed itinerary and to book your charter adventure aboard this spectacular vessel. Charter with us. We know the ropes.